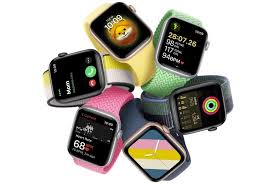 Apple is working to launch set of wearables devices in upcoming time. After watch series 8, there are reports suggesting that the Apple Watch SE 2022 will also arrive soon. Moreover, there are reports suggest the key specifications details of the device alongwith price list. In addition, this upcoming SE watch will be the second device in this lineup as the first one is available since 2020. Now, in the recent development, the report from iDrop suggest that the upcoming Watch SE 2022 will arrive in September most probably with iphone 14 series and Watch 8.

Moreover, talking about specifications, the device will have S7 chipset same as Series 7. In addition, the device will have Always-On display technology alongwith better audio and new sensor with ECG. Other than this, the battery specifications will be similar with same capacity of 18 hours . Furthermore, there will be some improvements and upgrades in the device which will eventually raise the price bar. According to the website, the price mai increase by $20. However, there is no official confirmation on this.