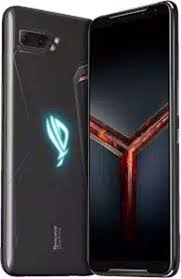 Asus is working to bring its upcoming Asus ROG Phone 6 which is the gaming smartphone. Moreover, the company schedules to launch the device on July 5. The device was earlier on 3C certification website hinting at its offerings. In addition, in the recent development, there is report from Digital Chat station on Weibo revealing the key specifications details of the device ahead of the launch. Furthermore, there are also reports suggesting that the device will have OLED display with 120Hz refresh rate. The Digital Chat station confirms that the upcoming gaming smartphone will get massive 18GB RAM support offering efficient performance.

Th company is all set to launch the upcoming Asus ROG Phone 6 on July 5. Moreover, the Digital Chat station reveals the key details of the upcoming device ahead of its launch. As per the tipster, the device will feature a 6.78-inch OLED FHD+ display with 165Hz refresh rate. In addition, the device will get optical fingerprint scanner. The upcoming Smartphone will get power from an Octa-core Qualcomm Snapdragon 8+ Gen 1 processor with TSMC’s 4nm fabrication process. Furthermore, the device will have 1TB internal storage configuration.

Moreover, the device will house 6000mAh large battery with 65W fast charging support. Because of large battery, the device weighs 229grams in weight. And, the device thickness will be around 10.39mm. Furthermore, the tipster reveals that series will get triple rear camera setup with 64MP primary camera. The company has an collaboration with Tencent, thus the device will get Tencent’s customised solar Core game acceleration engine.