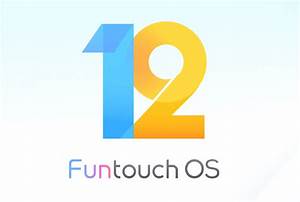 Vivo like other companies has its own Custom Android called Funtouch OS. The Vivo phones are getting power from Funtouch OS for years. Last year, the company unveils a new UI dubbed OriginOS that replaces Funtouch OS for devices in China. Moreover, an early report erroneously says that the OriginOS will get a global debut with the Vivo X70 series launch. But, the company quietly unveils Funtouch OS 12.

The Funtouch OS 12 page is now live on the Vivo India website revealing some of the new features it will bring to the Vivo phones. Moreover, one of the new features coming to this OS is a newly redesigned widget system. The design of the new widget appears to have been carried over from the OriginOS. In addition, they are more functional and Vivo claims they should help users be more productive. Another feature is the Nano Music Player that is sort of a mini-player for controlling playback from Spotify, or files from local storage.

Furthermore, this also features an extended RAM spec that is increasingly popular on phones these days. With Extended RAM, the phone allocates part of the ROM Storage to the RAM space making apps run better. These are details for now, but we may expect more details to come once the Vivo announces the X70 series globally.