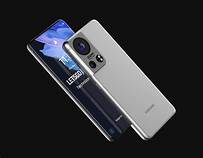 The Samsung Galaxy S22 series is easily one of the most-awaited devices of late. The ‘S’ series from Samsung may go live sometime early in 2022. Moreover, there are many leaks on this smartphone suggesting its key details. And now, the Tipster Ice Universe reveals that the most economical S22 device that is Samsung Galaxy S22 will feature a 3700 mAh battery.

According to the tipster, the battery size is tiny by today’s standards, especially considering that processors that power flagship phones are known to be real fuel-guzzlers. However, the size makes perfect sense considering that the phone will be quite compact, even more, pocket-friendly than the iPhone 13. Moreover, the size difference is across all dimensions. The Tipster says that the S22 will be smaller in length, width, as well as thickness than the iPhone 13 measuring 146.7*71.5*7.7mm. In addition, this effectively makes the S22 one of the most compact Android flagships in recent times. The last time Samsung pulled off something similar was with S10e with a screen size of 5.8-inches. The S22 will have a size a tad larger though with a diagonal of 6.06 inches.

Furthermore, the compact upcoming Samsung device will feature a 25W fast charging speed. This is slower than the 45W charging speed of its larger variants S22+ and S22 Ultra. Moreover, the Samsung Galaxy S22 and the S22+ are skipping on Samsung’s GN1 and GN2 camera sensors. And instead opting for the recent ISOCELL GN5 camera sensor. In addition, the S22 may arrive with Snapdragon 898 processor in India. They may undergo mass production next month and may be available for purchase from January 2022.