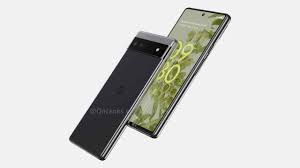 Google is planning to bring the upcoming Pixel 6a after introducing the Pixel 6 series. The series includes the Pixel 6 and Pixel 6 Pro getting power from Google’s in-house tensor chipset. And now, the company is all set to bring the Google Pixel 6a in selected market. The launch was going to happen at the Google I/O 2022 on May 11. However, there is no confirmation on launch details from the company yet. In addition, the company is also working on next Pixel series i.e Pixel 7 and Pixel 7 Pro. Also, the company will be working on Pixel 7a. Now, in the recent development, the upcoming four models appears on FCC certification website in the US.

Moreover, the report confirms that the GB62Z and G1AZG model number will belong to Pixel 6a. This hints that these four devices will be the Google Pixel 6a models. According to the listing, the device will have 5G network connectivity, dual-band WiFi, WiFi 6E, Bluetooth and NFC.