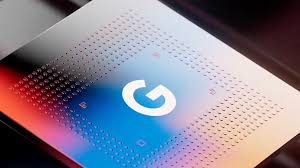 Google introduces the Pixel 6 and Pixel 6 Pro with its first chipset known as Google Tensor. After the success of Google Tensor chipset, the company is all set to brings its successor Google Tensor 2. Moreover, it is said that the next pixel generation series called Pixel 7 will have this new Google Tensor 2.

Google Tensor 2 is now in works

The report suggest that the Google is working on its new chipset which will be the successor of the previous Tensor chipset. It is said that the upcoming Tensor chipset 2 will have keep number GS201. Moreover, the same chipset with this model number was on the newly released Android code changes. The same codename chipset is on the apps of the Pixel phone hinting that new SoC is on the way. In addition, the company is supposed to launch a new Tensor chipset every year. Thus, it is somehow clear that this upcoming chipset will provide power to the upcoming Pixel 7 series.

The first ever Tensor chipset is made by Google collaborating with Samsung. Moreover, this new technology of Tensor chipset enables better AI in Google phones as compared to others. In addition, the self production of chipset allows more mobility and less reliability on the chipset such as Qualcomm or other. Like Apple, Google is also try to fit in the list of making their own chipset. For now, there is no words from the company regarding the Pixel 7 or Tensor chipset 2. But, we expect that the new chipset will arrive in Q4 2022.