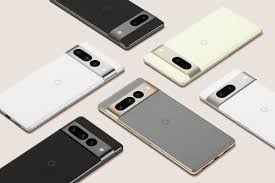 Google is working to bring the upcoming Google Pixel 7 series later this year. The series will include Pixel 7 and Google Pixel 7 Pro. Moreover, the earlier report states that the series will have somewhat similar design like Pixel 6. But, there was no complete details regarding this. In addition, there is Pixel 7 Pro prototype that reveals the key specifications and details.

The company is soon going to introduce Google Pixel 7 Pro and the Pixel 7 the premium smartphones. Moreover, the upcoming Pro model prototype is out online revealing key details of the device. In addition, the Google News Telegram channel reveals the Prototype along with details are also out via Boot logs. As per the leak, the device will use Samsung S6E3HC4 display which is an upgradation from Pixel 6. Furthermore, the device will feature 3120× 1440 resolution display. The prototype reveals that the device will use second generation tensor chipset with 2+2+4 cluster setup. Additionally, the log files suggest that Google would bring Cortex-A55 cores for low-power background works.

Moreover, the upcoming Pro model will also have CS40I26 haptic driver and an NFC chipset. The Boot logs further reveals that the device has codename Cheetah and the Pixel 7 has codename Panther. Apart from this, the other details are under wraps at the moment. However, as the device launch is appearing near, we may expect the company to reveal more information.