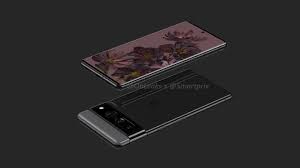 Google is planning to launch the next Pixel series Google Pixel 7 first in US this year. And then followed other markets. Moreover, recently there is leak revealing the Pixel 7 Pro renders hinting that device will arrive with slight changes in design as that of Pixel 6 Pro. In addition, the upcoming Pixel 7 series appears on BIS certification website hinting that the device may arrive in India soon. The device with model number GX7AS appears on the BIS certification listing. However, there is no confirmation on the launch detail in India. Additionally,the company has not brought any device after Pixel 4a.

The company is soon going to bring the upcoming Google Pixel 7 series in US. And now, its India arrival is also sure as the device appears on the BIS certification website. Moreover, the device with model number GX7AS will arrive in India later this year. However, the details about the device is not enough at the moment to say anything. In addition, there is new report from XiaomiUI revealing that the device will have three variants maybe Pixel 7a, Pixel 7 and Pixel 7 Pro. Other than this, there are also rumors that the company will first bring Pixel 6a in India and then the upcoming Pixel 7 series.