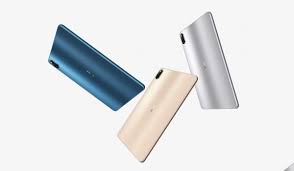 The former Huawei-owned HONOR brand may stopped selling smartphones in India. But, the brand is still doing business in China. The company launched the Honor Pad V7 tablet in China, which is toned down version of the Honor Pad V7 Pro launched last month. Moreover, this new tablet seems like more of a mid-range device, though it does have decent features. However, it is unlikely to make in India, as we know that Honor has not launched any new device in the country in a long time now.

The Honor Pad V7 has a 10.4 inch WUXGA display with 2000*1200 pixel resolution. Moreover, the display also has 90Hz refresh rate and supports HDR10 playback. The device get power from a MediaTek Kompanio 900T chipset. It has two ARM Cortex A78 cores clocked at 2.4GHz and six cortex A55 cores clocked at 2GHz. In addition, it is a 6nm processor and has the Mali-G68 MC4 GPU inside.

Moreover, the Honor Pad V7 have a 6GB and 8GB RAM variants, with LPDDR4x chips and 128GB storage. In addition, the device run Android 11 and Honor’s in-house MagicUI 5.0 out of the box. The company claims to bring over 4000 apps on the device. Furthermore, the device has 13MP rear autofocus camera with ab 8MP shooter fir selfie. Additionally, it supports WiFi 6 connectivity with 22.5W fast charging.

Talking about price and availability, the device will be sold in Blue, Titanium Silver and Amber Gold colours. Moreover, it is priced at 1999 Yuan in China that is around Rs 23000 for 6GB WiFi variant. Whereas, the 8GB WiFi variant will come for 2299 Yuan that is Rs 26000. It will start selling in China from September 30.