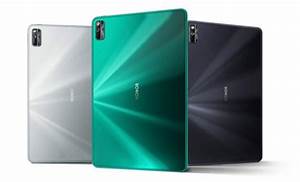 The HONOR V7 Pro is the high-end tablet of the brand honor which is the former sub-brand of Huawei. This upcoming tablet is going to launch officially on August 12 at the Honor Magic 3 series launch event. Moreover, the tablet is appearing on several platforms for testing on the certification websites. Thus, we got everything about this outstanding tablet. But, the official announcement about the details is yet to come.

According to the tipster, Honor is launching a premium tablet globally under the name Honor V7 Pro. However, the predecessor of this tablet, Honor ViewPad 6 was in the official international press release. But, there is information about the device, whether it will be available outside the home country or not.

Moving further, the optic aspect will have a dual-camera setup with back camera of 13MP primary sensor and 2MP macro shooter. Moreover, it will have a 7,250 mAh battery supported by 22.5W fast charging. In addition, looking at the connectivity aspect, the tablet will have LTE as well as WiFi. And, the tablet will feature a USB Type C port. This upcoming tablet will support both stylus as well as floating keyboard accessories.