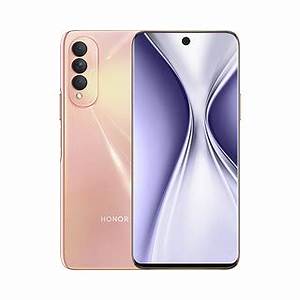 Honor is launching back-to-back its new smartphone in the market after its separation from its parent brand Huawei. However, the company schedules to launch this smartphone in China on August 12. Moreover, there were many leaks and rumors about the details of the specification in the market ahead of launch. But, now the device has been listed officially on the Company’s website right before the arrival of the smartphone.

The official listing on the Company website confirms that the device will have the Dimensity 900 processor. Moreover, the Octa-core MediaTek 5G processor will combine with the dual RAM and storage options. The Honor X20 5G will have a 16 GB and 8GB RAM option and 128 GB/256 GB storage capacity. In addition, the device will also have microSD card support for storage expansion. The official listing on the Company website suggests that it will have Android 11 OS which will base on Magic UI 4.2 interface. The device will have Google Mobile service support.

The Honor X20 5G is a modern-day mid-range smartphone with decent hardware features. It is a very good option for the users as it is slightly cheaper than OnePlus Nord 2 and Poco F3 GT. With all these launches, the company is making its identity as a brand after parting its ways from the former parent brand Huawei in the market. Now, the device will be launched officially on August 12 in the Chinese market. However, the company has not given dates for its global launch. But, it will be out soon. Once this is device is out globally, it will give users different options and experiences in comparison to other brands like Xiaomi, Realme, Oppo, and others.