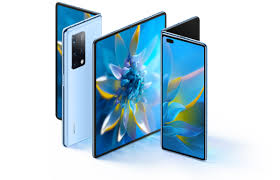 Foldable smartphones are now in craze as many smartphone companies is working to bring this with their moniker. Moreover, in the race of foldable phones, Huawei is also working on the next gen foldable device. As per the industry sources, the company is now starting its mass production of its next generation foldable device this month. In addition, the devices will now compete with the Samsung Galaxy Z Flip 3. However, it will have lower price range than Samsung foldable device’s.

Huawei is also among the smartphone vendor bringing the latest foldable smartphone. Moreover, there is Economic times report suggesting that the investor meeting was on November 25 in which zhaoli Technology reveals that they will start the mass production of new foldable phones hinges. In addition, the hinges will be cheaper with the idea to get higher rate of return. However, there is nothing specific that hinges is being produced for which company owner. But, the sources claims it to be about the Huawei.

Moreover, looking at the success of Samsung Galaxy Z Fold3 and Galaxy Flip3, other companies too started to bring the foldable device as it now no more new to users. In addition, the foldable smartphones are now new revolution in the smartphone design. And now almost every company is leaving no stones unturned to bring best out of this design and competing with each other.