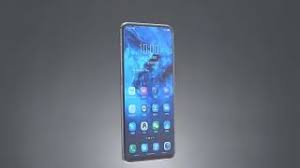 Motorola is on verge of launching G series smartphone back to back as they launched G31, G41, G51, and G71. And now, the reports are suggesting that the company is working on yet another G series smartphone that is Moto G12 which is an budget smartphone. As the name suggests, we may speculate that the device will be the entry level device above theirs E series. However, there is no official word on the launch dates. The tipster Sudhanshu exclusively shares the details that includes the RAM, storage and color options.

Motorola is now planning one more G series smartphone Moto G12 in early next year. Moreover, there is price leak along with the storage configuration details before the launch. The device may launch in 4GB RAM variant only with 64GB storage configuration. In addition, the device will be in price range of €160 – €180 that is around Rs 13,500 and Rs 15,200. Furthermore, the tipster also suggest that the device will arrive in two colours Blue and Black.

However, launch dates are still under wraps. The company other G series smartphone G11 which is successor of the G10, is also in line to launch. Thus, there may be chances that the company may bring the G11 this year and the G12 next year. But there is official confirmation on this till now. Moreover, today company brought the other G series smartphone that is Moto G31 in India.