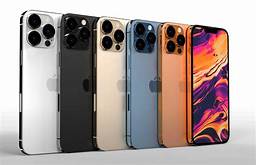 Apple is launching its new iPhone 13 series soon. The world is anticipating the launch of the new iPhones soon. However, before Apple make things official, there is news on how iPhone 13 series has shaped up as an emerging thing on the internet every now and then. Moreover, the news confirms the speculations around the new iPhone 13 series camera module. According to the recent leaks by Evan Blass via his tweet, there are chances that the camera module will be larger this time. The tweet shares an image of an iPhone case that features a camera cutout much larger than what has been seen on any of the iPhones to date.

According to the images on the leak, the cutout crosses the halfway mark on the phone case. Since Blass specifically asks the iPhone 12 Pro Max owners for the size difference. Thus, the case may belong to that of the iPhone 13 Pro Max.

However, the indication is in line with what has been known about the iPhone 13 series so far. Moreover, Apple has likely upgraded the camera module on the upcoming lineup with bigger lenses and more sensors. This is expected to result in larger camera modules and a flatter camera bump than before. Furthermore, the iPhone 13 Pro models may likely feature a six-element lens, LiDAR sensor, and sensor-shift stabilization.