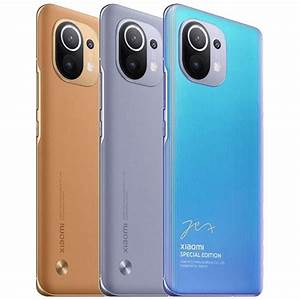 Earlier this year, Xiaomi launched its smartphone Mi 11 Ultra in India. And now, there are chances that Xiaomi could reveal the standard Mi 11’s successor later this year. The company also rumors to launch the Xiaomi 12 Ultra, i.e Mi 12 Ultra early next year. Moreover, there are many leaks ahead of launch regarding key details of the two Xiaomi flagship phones.

Xiaomi is expected to unveil the Mi 12 series later this year. Moreover, ahead of launch, there are few leaks about this upcoming flagship phone. According to XiaomiUI, the upcoming Mi 12 series will debut with a 200MP front camera. However, there always has been the debut on the presence of this 200MP camera. And, there is no concrete proof to support this rumor.

Moreover, XiaomiUI claims that the Mi 12 Ultra model has the codename, Zeus. This will feature a 50MP ultra-wide lens and a 50MP periscope camera with 10x Zoom. In addition, the Mi 12 will have the codename Cupid. It will feature an ultra-wide camera and macro sensor. The details regarding the sensors are still a mystery. Both Xiaomi devices will come with a top-tier Qualcomm Snapdragon 898 SoC, aka Snapdragon 895 SoC. According to previous reports, the Mi 12 series will have an LPDDR5X RAM. The ‘X’ version of LPDDR5 was unveiled earlier this week. It pushes the maximum data rate from 6400 Mbps to 8533 Mbps.

Currently, the Snapdragon 888 and 870 chips do not support LPDDR5X RAM. Thus, there are chances that the new Qualcomm Snapdragon SoC will come with the support of LPDDR5X RAM. The complete information is not out yet. We expect the company will issue some official details regarding the upcoming flagship smartphones.