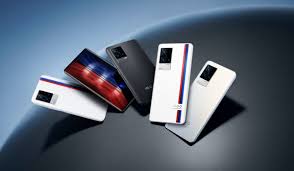 iQOO is leveling up itself in the smartphone market by bringing the devices one after another consistently. There were rumors that the company is bringing iQOO 8 series in India, but there was proof for the only iQOO 8 Legend. Now, the other iQOO 8 model passes the BIS certification website hinting at its imminent arrival. However, the series is already attracting its users in China from past one month.

Talking about the specifications, the iQOO 8 may feature a 6.56 inch FHD+ AMOLED display having 120Hz refresh rate. Moreover, the device may get power from the Qualcomm Snapdragon 888 processor coupled with Adreno 660GPU. In addition, the device will have upto 12GB LPDDR5 RAM and 256GB UFS 3.1. The upcoming iQOO 8 will house 4350 mAh battery with 120W fast charging. As far as imaging is concern, the device will get a triple rear camera setup including 48MP Sony IMX598 sensor. Alongwith a 13MP Potrait sensor and a 13MP ultra wide angle lens. However, there is still not confirmed whether the device will arrive in India with the same specifications as that present in China. But, we may expect most of the specifications to be similar.