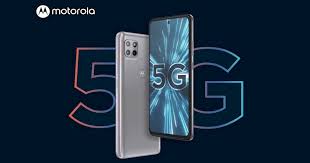 Motorola after unveiling and sucess of Moto G51 5G, is now ready to unveil its next G series lineup under moniker Moto G71 5G. Moreover, the device appears on the TENAA listing hinting at its imminent arrival. The listing reveals the key specifications and details about the upcoming Moto G71 5G ahead of the launch.

Motorola is all set to bring its upcoming G series smartphone Moto G71 5G. The reliable tipster from Weibo shares a images and key specifications of the device hinting that it’s launch is around the corner. Moreover, the images reveals that the upcoming Moto G71 will have a punch hole cutout housing the front camera and the back panel will have triple rear camera setup. In addition, the image shows that the device will have volume rocker and Google assistant on the right side. However, there is evidence of fingerprint scanner. Thus, its unclear whether the device will have in display fingerprint scanner or rear mounted.

Talking about leaked specifications, the Moto G71 5G will have a model number XT2169-1. Its unclear that this model number is only for China or also for other global market. Moreover, the device may feature 6.4 inch AMOLED FHD+ display with 1080×2400 pixel resolution. In addition, the device holds 4700mAh battery. As per the reports, the device will arrive with 5G connectivity and has 2.2Ghz Octa-core processor. The device will get power from the Snapdragon 480 plus chipset. Furthermore, the upcoming smartphone may also hold 3.5mm headphone jack. This is all we got for the device for now. But we may expect the company to announce the details soon as the launch may be around the corners.