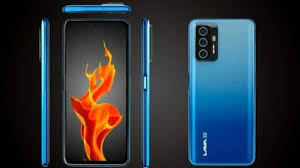 Lava is making its presence existential by launching its affordable 5G smartphone in the market soon. The company is gearing up to launch Lava AGNI 5G Smartphone next month. Moreover, with the conversation by Company’s executive, there was revealation that company will unveil device with Dimensity 5G SoC Smartphone and triple camera setup.

Lava is going to launch its next budget smartphone Lava AGNI 5G very soon. The tipster Abhishek Yadav claims that the Lava is launching its new smartphone under moniker Lava AGNI 5G. In addition, the tipster gave the expected price of the device to be around Rs 19,999 in India. The tipster also reveals key features and specifications regarding the upcoming smartphone. The report from tipster reveals the launch date to be 9th November.

Moreover, the company recently published the launch date of this upcoming device on its YouTube channel. However, later it was removed. And there is no official confirmation on the launch dates from the company. Talking about the device offerings, there are some rumours surfacing about the phone. The report says that the device will have punch hole display with contemporary design. In addition, the device is said to have 90Hz refresh rate. There is presence of triple rear camera with 64MP primary sensor. Furthermore, the device may get power from an Octa-core MediaTek Dimensity 810 SoC coupled with 4GB RAM. Additionally, the smartphone will have expandable storage option via microSD. Lastly, the device arrive with 5000mAh battery with fast charging support.