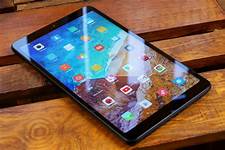 Xiaomi is banging the tech market with its extraordinary smartphones and tablets. Now, Xiaomi is knocking on the market doors with its upcoming tablet the Mi Pad 5. There were many leaks about this tablet in recent times but the features are still a mystery officially. All we know about this tablet are through various leaks. However, the company unveils an official poster that confirms the launch date. The Mi Pad 5 will have an official launch on August 10 in China. The poster indicates that the upcoming Xiaomi tablet will appear to be a stylus. Moreover, the features and specifications are out according to the leaks from the tipsters. However, there are many contradictory statements too, making confusion about this device. Thus, any official announcement will only give exact information.

There are three Xiaomi tablets under the Mi pad 5 series that is Mi Pad 5, Mi Pad 5 Pro, and Mi Pad 5 Lite. These tablets could run on a Snapdragon 870 chipset and Snapdragon 860. There are rumors are that out of these variants, two may have a 10.9 inch 120Hz AMOLED screen. Both these tablets may consist 8750 mAh battery with 67W fast charging support. Some reports even say that the device may have Snapdragon 778G and MediaTek Dimensity 1200 which seems to be contradictory. However, there is no confirm news that it’s true or false. Moreover, we are clueless about the screen size, battery capacity, camera aspects, and software aspects. Thus, we will have to wait for official announcements to confirm the exact specifications and features of this Mi Pad 5.