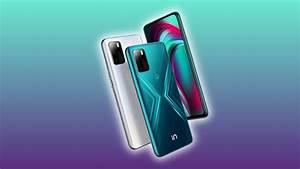 The Geekbench listing reveals that the smartphone has a model number E7748_64. Moreover, the device will be powered by MediaTek Helio 690 chipset, which is a positive departure from the In Note 1. The In Note 1 has a MediaTek Helio G85 chipset. However, the Helio G90 offers more power and has the higher Mali-G76 MC4 GPU.

The Geekbench results show that the Micromax In Note 1 Pro scores 519 on the single-core performance and 1673 on the multi-core performance. In addition, the listing suggests that the phone will have 4GB RAM, the same as the vanilla version of the model. However, we expect that the brand would bring variants with higher RAM and storage. Furthermore, the device will run on the Android 10 OS. This would be exciting to see how users accept this brand as almost every smartphone is coming with Android 12.

This is all we got from Geekbench listings, but we expect the company will unveil few key features before launch. However, the launch seems imminent, but it’s not officially announced yet.