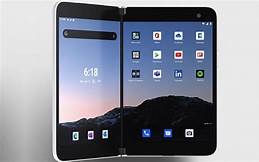 The Microsoft Surface Duo 2 appears on the Geekbench listing with scores ranging between 1071 and 1106 points in the single-core tests. Whereas, between 3166 and 3569 points in the multi-core tests. The listing reveals that the upcoming Microsoft smartphone will get powered by an Octa-core SoC with four CPU cores. Moreover, it also shows that the Soc will be paired with ab Adreno 660 GPU. The smartphone will pack the latest Qualcomm snapdragon 888 SoC with 5G support. This dual-screen phone will feature 8GB RAM and run Android 11 out of the box.

The report from Windows central hints that the upcoming Microsoft surface Duo 2 will feature a triple rear camera setup. This camera module will come with a standard, a telephoto, and a wide-angle lens. Moreover, the company may also optimize the launcher for the upcoming smartphone. In addition, it will feature a foldable design with a fingerprint scanner embedded in the power button. The phone will have a USB Type-C port on the right side fold of the device.

The launch date of this smartphone is not out yet. But, the reports suggest that we can expect it to launch sometime soon.