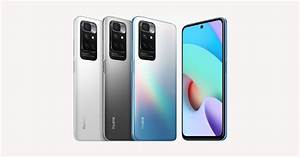 Redmi 10 Prime is creating hype in the smartphone market. This smartphone is set to launch in India in the first week of September. Moreover, the company is teasing the launch via official Twitter handles. The executives are also hyping up the launch with cryptic prime number codes before revealing details of the smartphone. Besides everything, the most attractive feature is that this will be the first smartphone to come with an Helio G88 chipset in India. In addition, there are also speculations that this smartphone will be a rebranded version of Redmi 10 launched globally.

Realme has not officially announced the price. But, considering that it is rebranded version of Realme 10 we have a hint of how much it would cost. Moreover, the Redmi 10 came globally in three variants. The 4GB + 64 GB, 4GB+128GB, and 6GB+ 128GB configuration models came with price of Rs 13,400, Rs. 14900, and Rs 16300 respectively. Thus, we may expect that this smartphone will have a price below or around Rs 15000.

The Redmi 10 Prime will launch on September 3 at 12 PM. we expect the smartphone to go on sale soon after. The report suggests that the brand may hold sales for this phone on Amazon

Talking about the key specs of Redmi 10 Prime, it will come with a MediaTek Helio G88 processor. This processor is basically overclocked MediaTek Helio G87 with a 2.2Ghz clock speed. In addition, the expected refresh rate is 90Hz similar to the Redmi 10. Furthermore, Redmi shares an image showing the camera of Redmi 10 Prime. Considering that image, the phone will feature a powerful 50MP primary camera with an 8MP Ultra-wide lens, 2MP macro, and a 2MP depth unit. However, the complete specs are still in wrap. We expect to know the overall details before the launch.