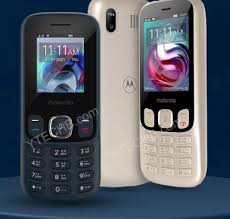 There are reports that the Motorola is all set to welcome three feature phones which are Moto A10, A50, and A70 in India. Moreover, there are leak images and few details regarding the devices. The Ytechb reveals these details ahead of any official announcement. Talking about the leaked specifications, the Moto A10 and Moto A50 will both feature 1.8inch display with MediaTek MT6261D processor. In addition, the report says that both the devices will arrive in five different languages including Hindi, Tamil, Malayalam, Kannada and Telugu. Moreover, the Moto A50 will have a rear camera with torch features. Whereas, the A10 model will not have any of such features. Both these devices will have dual SIM facility with microSD card space.

Furthermore, talking about Moto A70, the device is supposed to house 1750mAh battery. In addition, the retail package suggest that the device will arrive with 5W charger with charging cable. The company claims to give 1-2 day battery backup once charged. Lastly, the devices are said to have replacement policy for two years. The price details and launch dates are not announced yet. But we may expect the Moto A10 to arrive at price range of Rs 1500 while other two devices may be available at price around Rs 2000.