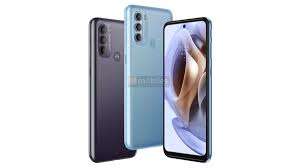 Motorola is gearing up to bring this year launched Moto G30 successor Motorola Moto G31 very soon. The Moto G30 proved to be great success with its 6.5inch IPS LCD HD+ display and amazing 64MP Quad rear camera setup. Moreover, now the company is focussing to introduce its upcoming Moto G31 as it passes the multiple certification websites. The I ages and few details are already surfacing online about the device. In the latest development, there is new report suggesting the key specifications and renders of the device.

Motorola is prepping up to launch its latest G series offering that is Moto G31 soon. The key specifications are already buzzing around as new leak arrived with more details about the device. As per the latest renders, the device will have a punch hole cutout at the top of front panel that will house the selfie camera. Moreover, the device has a power button, volume keys, and a separate Google Assistant button at the right side of the device. In addition, the rear panel will sport the triple camera setup. And the rear aspect will include the fingerprint sensor. The report also suggest that the device will get a 6.4inch OLED display with FHD+ resolution.

Moreover, there were many past leaks and reports regarding the upcoming Moto G31. These leaks suggest that the device will house a 5000mAh battery with 10W fast charging support. In addition, the device will run Android 11 out of the box. As far as imaging is concern, the device will get 50MP rear primary camera. However, the other two camera details are still underwraps. Furthermore, the device includes 3.5mm headphone jack, microphone, speaker grille and many more. This is all we got for the device right now but we may expect the company to share the details and launch dates shortly.