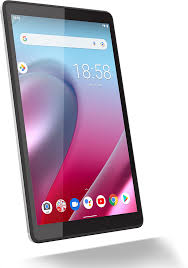 Motorola after launching its Moto Tab G20, is now prepping up to bring its new G series Android tablet under moniker Moto Tab G70. The company was once lost and dead in this Android tablet category, but now with its back to back work in tablet field it has joined the race with other companies. Moreover, the company is now working on the upcoming Moto Tab G70. And, Bestopedia spotted the company’s unannounced upcoming tablet the Moto Tab G70 on Google Play Console listing. The listing reveals few key specifications and details about the upcoming device. However, the listing doesn’t give any idea about the launch dates.

Motorola is gearing up to bring its next Android tablet Moto Tab G70. Moreover, the upcoming Motorola tablet was on the Google Play Console listing revealing the key features. As per the listing, the device will get 1200×1200 resolution screen with 240DPI screen density. In addition, the upcoming tablet will get power from the MediaTek MT8183A which is the MediaTek Kompanii 500 processor. The processor will be accompanied with 3x ARM Mali G72 GPU. Furthermore, the device will have 4GB RAM and the internal storage configuration is still unknown. The performance will be clocked by 4x ARM Cortex-A73 and 4x ARM Cortex-A53. Last, the device will run Android 11 with 3.2 OpenGL ES version.

Moreover, other than this, all other details such as imaging aspect, display, and software details are still underwraps. However, the company may unveil few details about the device as the launch date approaches near.