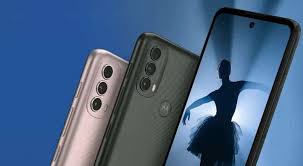 Motorola is prepping up to launch the Moto G series smartphones which is quiet known to all as it’s surfacing all over the internet. This G series smartphone line up includes the Moto G41, G51, and the Moto G71. These smartphones are creating buzz as they made several online appearances. Moreover, the Moto G51 recently arrived in China and the Moto G41 is now approved for sale in Brazil. Meanwhile, the Moto G71 appears on the TENAA. The company is gearing up to launch the devices outside China. In addition, the recent leak by Nils Ahrensmeier shows the design renders of these three upcoming Motorola smartphone.

The tipster shows the renders of the upcoming Motorola three smartphones the Moto G41, G51, and the Moto G71. However, the initial post showing renders of G41, and the G71 is little confusing as the tipster mixed up the images.

Moreover, the presence of OIS hints that the device would definitely be the high end model Moto G71. Thus, this one reason supports that the device is not G41, but the Moto G71. However, later he posted another group is images with caption that this is Moto G41. But, still its quite unclear.

Moreover, the renders of Moto G51 is evidently clear. The renders shows that the upcoming Moto G51 is the most beautiful piece in this G series lineup. The upcoming Moto G51 features a 6.8 inch IPS HD+ LCD display with 120Hz refresh rate. In addition,the front panel will have a punch hole cutout housing 13MP selfie snapper. Talking about rear camera,the device will hold triple camera setup including a 50MP primary camera with 8MP Ultrawide lens and a 2MP macro lens. As far as hardware is concern, the device will get power from the Octa-core Snapdragon 480 plus SoC coupled with 8GB RAM and 128GB storage configuration. Furthermore, the device will run Android 11 out of the box housing 5000mAh battery.

However, the details about the other two upcoming device i.e Moto G41 and the Moto G71 is still under wraps. As per the earlier reports, the Moto G71 will have a 6.4inch FHD+ AMOLED display with 5G connectivity.