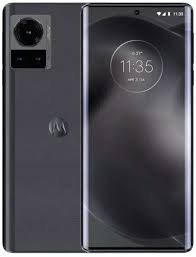 Motorola seems to be working on the another device as the company launches the Moto Edge 30 Pro in India. Moreover, the company is said to be working on upcoming device with codename Frontier. However, there is official details about the upcoming device right now. But, in the recent development, the Lenovo China’s General Manager shares a image that shows charging adapter of 125W. The name of the upcoming smartphone was not there. But, there was rumors that the upcoming Moto Frontier will be arriving with 125W fast charging support.

The company will be focussing on its next smartphone likely to be Moto Frontier. Moreover, there is no official words on this upcoming device from the officials. But, the device is already hovering over the internet as there is now rumours about it. The new details suggest that the device will have 125W charging adapter weighing about 130 grams. This images teased today from Company’s genera manager. In addition, the upcoming Moto Frontier may arrive later this year.

Moreover, the report suggests that the upcoming Moto Frontier may arrive somewhere in July. And, the device will be first one to have latest Snapdragon processor with model number SM8475. This Processor will be better and upgraded form from the Snapdragon 8 Gen 1 processor. In addition, earlier reports shares the design renders of the upcoming Moto Frontier showing the presence of triple rear camera setup. This includes 194MP primary camera with OIS technology. Alongwith, it will have 50MP Ultrawide lens and 12MP telephoto camera with 2X zoom.