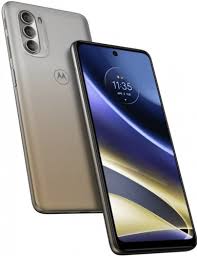 Motorola after unveiling the Moto G31, is all set to launch the new G series smartphone in India under moniker Moto G51. Moreover, the device is already available in the Chinese market and now soon in the country. Now, the company Officially teases the device on its official Twitter account hinting at its imminent launch.

Motorola is soon going to launch the Moto G51 5G in the country as it officially teases the arrival of the device. Moreover, the launch dates is still under wraps and also the Twitter post didn’t mention the device moniker. But, looking at the video teaser, it seems like the device is Moto G51 5G. In addition, there are recent reports suggesting that the device may launch in the country around December 10. The device may also arrive with support of 12 5G bands in India. Furthermore, the device will get power from the Qualcomm Snapdragon 480+ SoC coupled with 4GB RAM. There is possibility that the upcoming device will also carry the 6GB RAM variant.

Moreover, the upcoming Moto G51 houses 5000mAh battery with 10W charging support. In addition, the report suggest that the smartphone will have triple rear camera setup including 50MP primary camera, an 8MP Ultrawide lens and a 2MP macro sensor. Additionally, the device will have 13MP selfie camera. Talking about display, the device will feature 6.8 inch FHD+ LCD display with 120 Hz refresh rate and will have IP52 water and dust resistant. Furthermore, the device may be available in India at the price range of Rs 20,000.