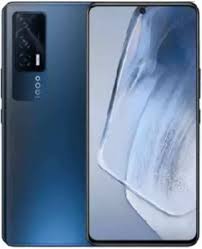 iQOO is gearing up to launch the new premium smartphone iQOO Neo6 very soon. There was rumors that company will bring the iQOO Neo series that will carry model number V2154A. Moreover, the device may launch in China as the iQOO Neo 6. However, the company may also rename it as Neo 5s, but its not confirmed. There is official word on the launch dates from the company. In the latest development, the device may be on the Google Play Console revealing few key specifications and details.

The company will now launch the upcoming iQOO Neo 6 in the Chinese market very soon. Moreover, the device was on the Google Play Console listing carrying model number V2154A. As per the listing, the device will get power from the Qualcomm SM8350 SoC that is Snapdragon 888 processor. In addition, the processor will be clocked at 2.8GHz coupled with an Adreno 660 GPU at 840 MHz. Furthermore, the device on the Google Play Console has the 12 GB RAM which may be the high end product of this series. The device will also arrive with an 8GB RAM variant. In addition, the upcoming smartphone will run Android 11 with the layer of Origin OS 1.0 on the top.