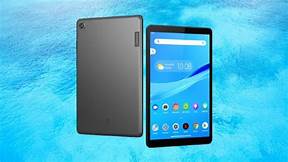 Motorola, the once dead Android tablet category is surging again with its new tablet. Like Xiaomi and Realme, the report says that Motorola will be also joining the tablet race once again.

Tipster Yogesh Brar gave the information about the upcoming Motorola tablet. According to the leakster, this product will arrive in India ahead of Flipkart Big Billion Days. However, there are not any details regarding the specs of the tablet. But, he claims that it could be the rebranded Lenovo product. In addition, he also says that it will run stock Android and may cost under Rs 20,000.

Considering the price, we expect that the upcoming Motorola tablet could be the 3rd gen Lenovo Tab M7 or M8. These devices came in late June and they are yet to make their way to India. Hence, it makes sense that the Motorola tablet could be indeed one of the new-entry level Lenovo tablets. If this is the case, then this product cannot stand against the Realme Pad in terms of specs. There are no words from the company and these are mere speculations. Thus, it will be better to wait for the company’s word on this. We can expect a few more details to come soon as the company may launch it very soon.