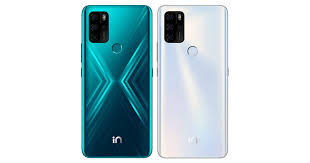 The brand Micromax is working on few new smartphones and will unveil these devices very soon. This homegrown company is yet to announce the details and launch dates of the devices. However, the new leak arrives suggesting that the company may launch these devices in the middle of next month. Moreover, the tipster reveals about the arrival of Micromax Smartphone suggesting that it may launch in mid December. The moniker and other details are still under wraps.

The company is gearing up to launch few smartphones in the country very soon. Moreover, the Tipster Hridesh Mishra tweets about the arrival of new Micromax smartphones. As per his tweet, the device will arrive till December 15 that means around the mid December this year. However, there is official word regarding the moniker and the specifications of these upcoming devices.

Moreover, there also chances that the company may unveil the upcoming Micromax IN Note 1 Pro in the country. This device was also on the Geekbench listing earlier with model number E7748. The listing reveals few key details about the device giving idea about the device. Furthermore, the device may get power from the Octa-core MediaTek MT6785 SoC that means Helio G90. The processor will be coupled with 4GB RAM and may run Android 10 OS. However, this Android may be upgradeable to Android 11. According to Geekbench listing, the device scores 519points in the single core test and 1673 points in multi core test. There are speculations that this device may be among one of those launching this mid December. But, there are no official confirmation till date. Thus its better to wait for the official approval before reaching to any conclusions.