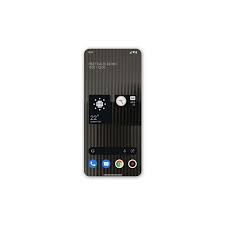 Nothing is the emerging smartphone brand that is gearing up to bring the upcoming Nothing Phone (1). Moreover, the device arrival was confirmed by Company’s founder Carl Pei confirming that this device will arrive in Summer. Thus, it means that the device may arrive somewhere in July, August, or September. In addition, the device will have Nothing Launcher that was on Google Play Store last week. Furthermore, there was rumors in past revealing the key specifications of the device.

The company is prepping up to bring the upcoming Nothing Phone (1) most probably in June or July. Moreover, the tipster Raghvendra Singh Jadon shares screenshot of device specifications on twitter. As per the tipster, the device will arrive with AMOLED display with 50MP Primary camera. In addition, the device will get power from Qualcomm Snapdragon processor. The screenshot surfacing online is from the user manual of the device that is on the Amazon India. Furthermore, the tweet reveals that the device will arrive with a 6.43-inch FHD+ AMOLED display with 90Hz refresh rate and HDR10 support.