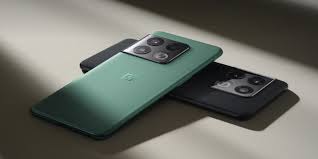 OnePlus is gearing up to bring the upcoming OnePlus 10R in India very soon. Following the rumors, the device may most probably arrive around Q2 of 2022 that means around March 22 or 24. Moreover, currently there are rumors that OnePlus 10 series will be dubbed as OnePlus 10R in India. However, there are no official confirmation regarding this. But, as the OnePlus 10 vanilla model has not arrived in country, we may expect that it will arrive as OnePlus 10R.

The company is working to officially launch the OnePlus 10R in India very soon. Moreover, there are reports stating that the OnePlus 10R with codename Pickle enters in testing phase in the country. In addition, looking at the progress, the device may arrive officially between the month of April or June. However, there is still no official confirmation on this from the company. There are Previous reports suggesting that the company will introduce the device exclusively in India and China.

Talking about specifications, there was image leak previously with courtesy of Tipster Abhishek Yadav. This image reveals the back panel design in black and grey colour options. In addition, the device will have rectangular camera module at the top side with OnePlus logo at the middle. Moreover, the device will arrive with 120Hz AMOLED display and will get power from the MediaTek Dimensity 9000 processor. Additionally, the device will have 8GB RAM and 128GB internal storage configuration. Furthermore, the device will run on Android 12 with Oxygen OS.