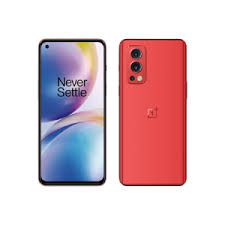 OnePlus is gearing up to bring the mid-range smartphone under Nord series i.e OnePlus Nord 3. Moreover, the upcoming device is said to arrive in Q2 of this year 2022. And, before the launch, the device is already surfacing online. Now, in the recent development, there is specification leak with the courtesy of Weibo, the reliable Tipster of China.

The company is soon going to launch the upcoming OnePlus Nord 3 along with other Nord series smartphone. However, the exact launch dates are still not out in air from the company. Moreover, ahead of the launch, the tipster Digital Chat station reveals that the upcoming OnePlus device will get power from latest MediaTek Dimensity 8100. However, there is no mention of the specific device name. But, we may expect it would definitely be OnePlus Nord 3. In addition, the upcoming OnePlus Nord 3 will feature 6.7-inch FHD+ display with 2412× 1080 resolution. Additionally, the device will also have flat screen display and have punch hole cutout at centre housing front camera. The device will feature 12GB LPDDR5 RAM with UFS 3.1 internal storage configuration. Furthermore, the device will house 4500mAh battery with 150W flash charging support. However, this flash charger has capacity to charge the device to 50% in just five minutes. And, will fully charge the battery in just 15 minutes.

Talking about imaging, the device will sport 50MP primary camera with Sony IMX766 sensor. Along with, it will have 8MP and 2MP sensors. In addition, the device will bring 16MP selfie camera