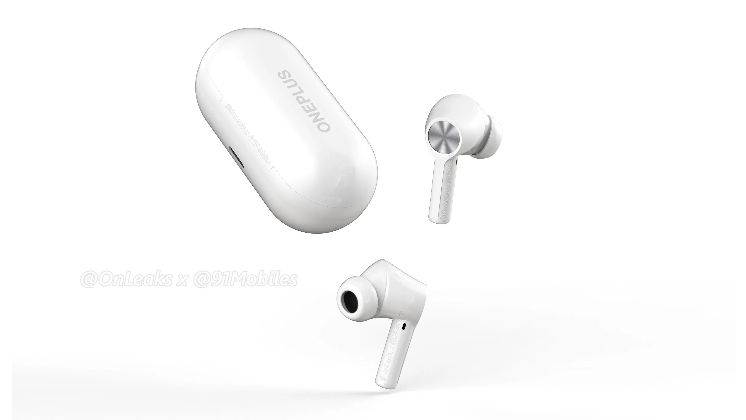 OnePlus after launching the Buds Pro in India, gearing up to bring its new earbuds. This new TWS from OnePlus was launched recently at the OnePlus Nord 2 launch event. However, it took some time for the company’s premium truly wireless earbuds to go on sale in India. The Buds Pro with its premium specs and design also costs higher at Rs 9,999. Moreover, the company is now gearing up to launch an affordable pair of TWS. The Buds Z2 might launch soon in India. According to a new report, the Buds Z2 may launch in October. But, the dates are not out yet.

OnePlus Buds Z2 launch is imminent. According to the report, the company will launch its budget truly wireless earbuds in October 2021. Moreover, the tweet from Onleaks does not reveal the exact launch dates. But, most probably they are going to debut alongside the OnePlus 9RT in October.

The tipster shares image to 91Mobiles of the upcoming OnePlus Wireless earbuds. Moreover, according to render images, the Buds Z2 will be identical to the original Buds Z. The image reveals that the upcoming BUd Z2 will have a stem design with a silicon rubber tip for added grip and sound isolation. In addition, the report also states that the ear tips are slightly angled compared to the original Bud Z.

The design render reveals that each earbud has multiple cutouts. Moreover, the charging case is also the same as the Original Buds Z. It is a thick pill-shaped case with a USB Type-C port for charging. Moreover, it continues to have the OnePlus branding on top of the charging case. The image reveals that Buds Z2 TWS will be available in a White color option. However, there is no further information on whether it will come in other colors or not.