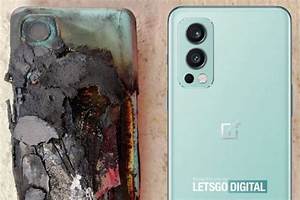 OnePlus Nord 2 came on the floor last month in India. The smartphone launches with pricing around Rs 30,000 and is a feature-rich smartphone in this price range. OnePlus Nord 2 is new in the market. And since launch, it’s the second time such incidents are reported. However, the smartphone has MediaTek Dimensiy 1200 SoC and comes with a 4500 mAh battery. Additionally, it supports 65W fast charging.

The first incident was reported where the device exploded within the first week of purchase. However, the company investigated the cause of the explosion and found the reason behind this blast. The company states that the reason behind is the blast is the external factors and not due to any manufacturing or product issue. Now, again there is a report where a user complaint about the Nord 2 explosion.

The user conveys his rage about the incident via Twitter. He states in his tweet that he bought Nord 2 for his father but got explodes in his father’s hand. However, there are no photos or proof about the explosion as he didn’t upload it with this tweet. In addition, he states that his father is a government officer is safe and unharmed, but he is in trauma due to the incident. In his tweet, the user blamed the company for ruining their money and trust in the brand. But, there is no comment from the company yet.

Company reaction to such incidents

The OnePlus Nord 2 says that ‘our top priority is the health and safety of our customers. we reached out to the concerned user immediately after hearing about this incident and initiated a thorough internal investigation’. This statement was by the company after the first incident. Moreover, the company says that we would like to assure our customers that our products undergo thorough quality and impact tests, to ensure they are up to industry-leading standards and remain safe to use.