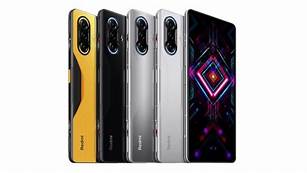 Xiaomi’s premium gaming smartphone Redmi K40 Gaming Edition is available in the market. This device has ultimate gaming features for its users that include a flashy LED light module enhancing your gaming experience. Now, the company is all set and releases its update which brings vast options for customizations for gaming LED strips. Moreover, the new MIUI-based updates also have a bunch of features for improving the overall experience of the smartphone.

Moreover, the Xiaomi Redmi K40 Gaming Edition has now new updates based on MIUI 12.5.8.0.RKJCNXM build number. However, this MIUI version is available only in China and has yet to come to other countries. This update brings a lot of features majorly chaos is about LED customization. Apart from this, there are a lot of improvements in overall functioning as well as bug fixings.

The LED customization feature was absent since the launch. And, being the gaming phone it was anticipated for a long. Now, with this feature, users will be able to make the desired customization to the LED strip surrounding the camera module and enhance the appeal. Thus, this feature is purely a dedicated game trigger. Moreover, other than LED customization, the new updates bring synchronization lights effects to make the game more engaging and captivating. Thus, the new updates are majorly about enhancing the gaming experience.

Other than the gaming updates, the new edition also brings bug fixing and system optimizations to ensure the overall experience would be better than before. However, this does not include bringing new security patches. But, it fixes common issues with the notification bar. Additionally, the update fixes the enterprise-level encryption issues.

However, Indian users might feel left out as the handset is not launched in India.