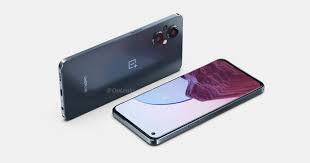 OnePlus is gearing up to launch next Nord series smartphone after Nord CE 2 in India. Moreover, the company plans to launch this new upcoming OnePlus Nord CE 2 Lite 5G in India very soon. The report suggest that the launch may be this month in the country. However, the launch dates are still under wraps. But, the launch seems imminent as the device is surfacing online frequently. Now, in the recent development, the upcoming Nord CE 2 Lite 5G arrives on TRDA certification website revealing key details.

The company plans to bring the upcoming OnePlus Nord CE 2 Lite 5G in India shortly. Moreover, the device appears on TRDA certification website confirming the device moniker hinting at its imminent launch. The device appears on listing with model number CPH2409 Confirms that device moniker is OnePlus Nord CE 2 Lite 5G. In addition, the same model number was on BIS certification website earlier hinting that this device is Indian variant. Other than this, the same model number was also on the Camera FV-5 database. It reveals that the device will get a 64MP camera that clicks 16MP pixel bin shots. Additionally, it will have 1/1.8″ sensor with an f/1.8 aperture.

Moreover, the earlier reports suggest that the upcoming device will arrive with triple rear camera setup. This includes 64MP primary camera with dual 2MP depth and macro sensors. In addition, the device have 16MP front selfie camera. Furthermore, the device will get power from the Qualcomm Snapdragon 695 SoC with 6GB/ 8GB RAM and 128GB internal storage configuration.