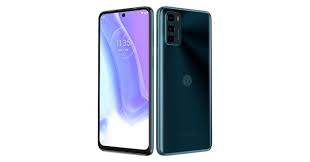 Motorola is working to bring few Moto Edge series along with the Moto G series smartphone. Moreover, apart from Moto Edge 30, Moto E32, Moto G22, and Moto Frontier, the next device Moto G82 5G is surfacing online. In addition, the upcoming Moto G82 5G baggs multiple certification websites hinting at its imminent launch. These websites includes Geekbench, EEC, WiFi Alliance listing, TDRA, and more. Other than this, the device was also on BIS Certification website suggesting that the device will make to India as well.

The company is soon going to unveil the upcoming Moto G82 5G in global as well as Indian market. However, the official launch date are still under wraps. But, the launch seems around the corner as the device appears frequently on multiple certification websites. Moreover, as per TDRA listing, the device has model number XT2225-1 confirming the moniker Moto G82 5G. In addition, the another Variant of Moto G82 5G with model number XT2225-2 was on Geekbench certification website. This listing suggest that the device will run on Android 12 out of the box. Furthermore, the device will arrive with an Octa-core processor with 1.8GHz base frequency and 2.21 GHz of maximum frequency. Considering this, the processor would be Qualcomm Snapdragon 695 5G with Adreno 619 and 8GB RAM.

Moreover, the device was also on EEC listing with model number XT-2225-1, and XT-2231-3. In addition, the device was earlier on the WiFi Alliance listing revealing the dual band WiFi support. The listing also confirms that the device will get Android 12 support.