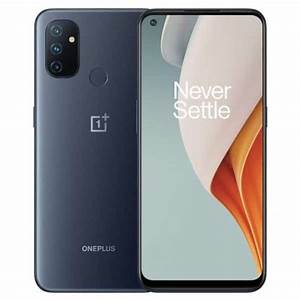 The budget smartphones of OnePlus were considered as low-quality compromised phones, as under such low pricing what could the company offer. However, this latest OnePlus Nord N200 proves those wrong, as it passes JerryRigEverything’s durability test. This indicates that the device is good enough and the company is now offering better smartphones at such prices.

According to the report, it says that in the bend test, something inside the phone snapped out, but couldn’t find out exactly what. Although, the phone was working perfectly fine even after something broke inside. Moreover, in the scratch test for the display, the screen start showing scratches from level 6 while on level 7, the screen started having deeper scratches on the panel. However, this result is not too bad with this budget phone. The result indicates that OnePlus choose a glass display rather than having a plastic panel. The frame of the OnePlus Nord N200 is plastic built, including other components such as a volume button, and a fingerprint scanner. Furthermore, the phone’s back panel appears to be of glass with a matte finish, but actually, it’s a plastic bode, prone to scratches.

Moreover, the display of the OnePlus Nord N200 survived the burn test. However, few areas went black on the screen. But, after some time it started again.