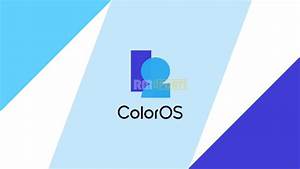 Oppo is set to unveil Color OS 12 in the coming week this month. The upcoming Android skin for Oppo phones will be based on Android 12. However, the company has not revealed any official details about this new Color OS 12 feature yet. But the leaks gave the idea about the key details of the Android Skin. Moreover, there were rumors that the Color OS will launch on September 13. But now it seems that Oppo will announce the Color OS 12 in China on September 7. The official Weibo post Via Color OS account suggests that the Android 12 Version will be announced tomorrow.

Oppo Color OS 12 launch event will now be on September 7. The company has teased the launch of its new Android Skin on Weibo. Moreover, the tipster Mukul Sharma spotted the teaser post but does not reveal any details of Color OS 12. Thus, we do not have a lot of information about the upcoming Color OS 12 update.

The Color OS 12 is expected to come with some visual upgrades with Android 12’s new design language. We can expect bolder icons and larger tabs for the notification panel. Moreover, it is also likely to come with new color combinations. In addition, the company will unveil the official features of its new Color OS update at the launch event. Oppo may also announce more details about the global version of Color OS 12 at the launch event.

Talking about the smartphones that are getting these new updates, then Find X3 is obviously on the list. In addition, the Reno 6 series will also get this new update just after the release. Other devices like the Find X2 series, Reno 5 series, Reno 4 series, and other A-listers will get the update later this year.