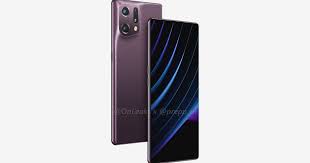 Oppo is prepping up to bring the next generation flagship smartphone series under moniker Oppo Find X5 series. The series will first arrive in China most probably in February this year. However, there is no official confirmation from the company regarding the launch dates. There is new leak via certification website revealing the details of the device. The upcoming Oppo Find X5 and X5 Pro appears on 3C certification website revealing the fast charging details.

The company is going to bring the Oppo Find X5 series including the standard model and the X5 Pro. These devices passes the 3C certification website revealing that Pro Variant will have model number PFEM10, and the standard variant will have model number PFFM10. Moreover, the series will arrive with 80W fast charging support. The charging feature is same as that of the OnePlus 10 Pro recently announced in China. Furthermore, the Pro variant may house 5000mAh battery. And, there is possibility that the standard X5 Variant will also have similar battery capacity. Other than this, there is no details on the 3C certification website.

Moreover, there is fresh report revealing that the upcoming Oppo Find X5 Pro will come with Hasselblad camera sensors. The earlier reports suggest that the device will arrive with triple rear camera setup. In addition, it will include triple rear camera setup with 50MP Sony IMX766 Primary lens, 50MP IMX766 Ultrawide sensor. Along with a 13MP S5K3M5 sensor with 2x zoom.