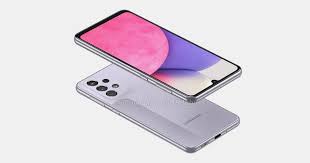 The company is all set to launch the Galaxy A33 5G alongwith other A- Series smartphone in India and other global market. Moreover, the device was on the FCC listing hinting that the launch will be very soon. As per the listing, the device will arrive with 25W fast charging support same as that other Samsung smartphones. In addition, the company will offer 15W fast charger. However, the Samsung Galaxy A33 5G will arrive with 25W fast charging adapter. The charging adapter on the FCC listing shows that the it will have model number EP-TA800.

Moreover, there were earlier reports about the device that features a 6.4-inch Infinity-U AMOLED FHD+ display. In addition, the device will get power from the MediaTek Dimensity processor. But, the processor details are still unknown. The device is said to get Quad rear camera setup same as that that of Samsung Galaxy A32 5G. This hints that the device will have 48MP primary camera with 8MP Ultrawide lens, 5MP macro lens, and a 2MP depth sensor.