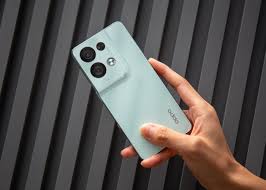 Oppo is all set to launch its upcoming wearables Oppo Watch 3 and Oppo Band 2 very soon as it is surfacing online frequently. Moreover, the company is also working to launch the upcoming Oppo Reno 8 series in global as well as Indian market. In addition, the company is gearing up to launch new device Oppo Reno 8 Z 5G soon. The upcoming device along with Oppo Band 2 arrives on Indonesia Telecom website hinting at its imminent launch. Furthermore, the listing confirms the moniker of the device. Earlier, the Reno 8Z was on NBTC certification and EU declaration site.

The company is gearing up to launch set of smartphones and wearables in upcoming week. Moreover, the upcoming Oppo Reno 8Z 5G and Band 2 appears on Indonesia Telecom website. The listing confirms that the device with model number CPH2457 will have moniker Reno 8Z. And, the wearable device with model number OBBE215 will have moniker Oppo Band 2. Furthermore, the upcoming smartphone was recently on NBTC and EU listing. However, other than model number and moniker, there are no Specification of the smartphone online.

Moreover, there was earlier report from Digital Chat station revealing that the will arrive with model number OB211. Thus, we may expect two variants of the upcoming Band. In addition, the variant on the listing could be global variant. However, there is confirmation on this at the moment. But, as the launch date appears near the company will confirm all the specifications and details.