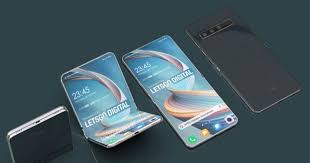 Oppo is working to bring the upcoming Find X series flagship under moniker oppo find X5 series. Moreover, the company is soon going to announce the X5 Pro in China alongwith its standard model. Previously, there were reports suggesting that the upcoming Find X5 series will arrive somewhere in February or March 2022. However, there is no official launch details from the company. Now, in the latest development, the Oppo Find series will also include one Foldable Flip device. Furthermore, the report via Mukul Sharma further states that the Oppo Find series Foldable device will arrive in Q3 2022.

The company is also bringing the Foldable Flip device in this upcoming Find series. There are reports that this flip foldable device may arrive by the end of September. Moreover, as far as price is concern, the report suggest that the device will have somewhat less price than that of the Samsung galaxy Z Flip 3. However, if the upcoming Oppo Foldable device arrives in India there are speculations that the device will be around the price range of Rs 90,000. But, the company has still not decided the device moniker. There are possibility that device may arrive as the Flip smartphone with monik Find N series. There is no official words on the specifications details as well as launch dates. However, the device may launch in early next year.