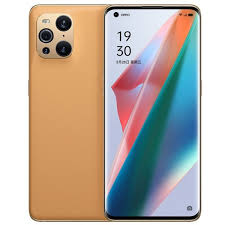 Oppo is now all set to launch its next Find X series smartphones very soon. The company confirms in this Oppo Inno Day, that the device’s custom chip will be developed by the BBK electronic tech giant. Moreover, the report suggest that the company may bring this device under moniker either Find X4 or Find X5. The company is prepping up to introduce Find X4 standard model and the Pro model. In addition, the device will arrive in Q1 of 2022. However, the launch date is still under wraps. In the recent development, there are new details surfacing online regarding the Oppo Find X4 series.

The company is gearing up to launch the upcoming Oppo Find X4 series. The device may arrive most probably in the February and March next year. Moreover, there are reports from the Digital Chat station suggesting that the device’s standard model will have two processors. In addition, the tipster reveals that the device may debut after the Chinese spring festival. However, there are no official launch date of the device. Furthermore, the two devices will have two Processor from the MediaTek and Qualcomm. The standard model will get power from the MediaTek Dimensity 9000Soc. And the Find X4 Pro model will have the Snapdragon 8 Gen 1 processor. The series will also have the high-end model Oppo Find X4 Pro plus whose details are not out yet.

Moreover, the Tipster also suggest that the device will have ordinary telephoto canera capabilities. However, as per the current prototype, there is no details on the periscope camera setup.