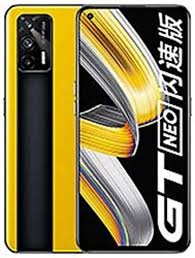 Realme is continuing the GT series by bringing the different models back to back. Now, the company is all set to launch the next GT series in the form of the Realme GT 2 Pro. The device was recently on IMEI Database and the EEC Certification website. Moreover, these listings revealed few key specifications and details about the device. The upcoming Realme GT 2 Pro has model number RMX3301 which will be available soon. In the recent development, there is a new report suggesting the launc timeline and price list of the upcoming device. In addition, it is said that the device may arrive in the early 2022.

Realme is now bringing the next GT series under moniker Realme GT 2 Pro. Moreover, the reliable tipster Digital Chat station reveals that the company will announce the device in China in early 2022. In addition, he adds that the device will be available at price range of CNY 4000 that is around Rs 46,500 . However, there is no official confirmation from the company on this. Thus its better to wait before reaching to any conclusions.

Talking about the offerings, the Realme GT 2 Pro may arrive with Snapdragon 888 processor and will run Android 12 out of the box. In addition, the device may also have 108MP rear camera, 65W charging support and many more. It may also have punch hole display housing the front camera. This is what we have about the features till now. However, the company has not officially announced the specifications and offerings of the Realme GT 2 Pro yet.