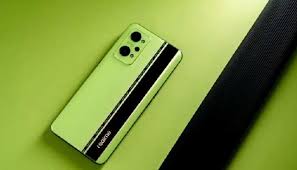 Realme introduced GT series few months backs and then few days back Realme GT NEO 2. After the success of these GT series, the company is now planning to bring the Pro model of this GT series very soon. However, there is launch dates or launch timeline from the company till now. But, probably the upcoming device will be aired in December or early 2022.

Talking about key specifications, there are no key details revealed yet. However, the phone appeared on multiple certification websites hinting that the device launch may be around the corner. Looking at the name, the GT Pro model may have upgraded features of standard GT 5G variant. The Realme GT 5G features a 6.43 inch super AMOLED display with 120 refresh rate and 360Hz touch sampling. Moreover, the device will get power from the Snapdragon 888 chipset with 12GB RAM and storage up to 256GB. The device gets the triple camera rear setup with 64MP Sony IMX682 primary sensor. In addition, it has an 8MP Ultrawide lens and a 2MP macro sensor. Furthermore, the device houses a 4500mAh battery with 65W SuperDart charge fast charging support. However, there is no confirmation whether the upcoming Realme GT 2 Pro will have upgraded features or totally different. Thus, we expect the company to reveal the details soon.