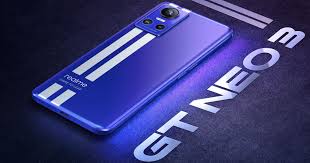 Realme as it brings the Realme GT Neo 3 in China, now working to make it globally available. Moreover, the Realme Vice President Madhav Sheth hints at the global launch. In addition, the device may launch in this month most probably. However, there is no official words on launch date from the company. But, the device appears on BIS certification website hinting that launch may be soon. Furthermore, the reliable Tipster Abhishek Yadav spots the device on BIS listing with two Variants. The device will arrive with 8GB RAM + 128GB internal storage and 12GB RAM+ 256GB internal storage configuration in India.

Realme is now planning to bring the latest Realme GT Neo 3 in India as it appears on BIS certification website. Moreover, the tipster shares that the device will have two variants in India. This includes 8GB RAM with 128GB internal storage and 12GB RAM with 256GB internal storage configuration. In addition, the tipster further claims that the device may arrive in the country in end of April or early May. However, there is no official confirmation on this.

Moreover, talking about specifications, the device gets a 6.7-inch FHD+ AMOLED display with 120Hz refresh rate and 1000Hz touch sampling rate. In addition, the device will have centre punch hole cutout housing front camera along with Corning Gorilla glass 5 protection. The device will get power from an Octa-core MediaTek Dimensity 8100 processor with 5nm fabrication chipset. Furthermore, the device runs Android 12 out of the box with Realme UI 3.0.