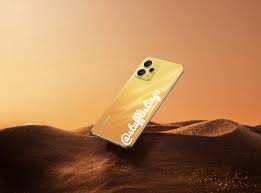 Realme is prepping up to bring a new number series smartphone Realme 9 4G very soon. Recently, the company brought the Realme 9 5G variant. And, now the company schedules the launch of 4G model on April 7 alongside the Realme GT 2 series. In addition, the company confirms the device rear panel design along with camera. However, some of the other details are not known at the moment. But, now the device appears on Geekbench certification website revealing few key details about the device.

The company is ready to launch the mid-range affordable smartphone in India i.e Realme 9 4G. Moreover, there is confirmation on report that the device will arrive with 108MP Samsung HM6 sensor. Now, the device appears on Geekbench certification website revealing the key specifications details. The listing shows that the device has model number RMX3521. In addition, the listing reveals that the device will get power from the Qualcomm Snapdragon 680 processor. This Octa-core processor will have four cores clock at 2.4GHz and four cores at 1.9GHz. Additionally, the device will get Adreno 610 GPU along with it. Furthermore, the model on the listing carries 6GB RAM. However, there are chances that device may have 4GB/8GB RAM options alongwith 64GB/128GB internal storage.